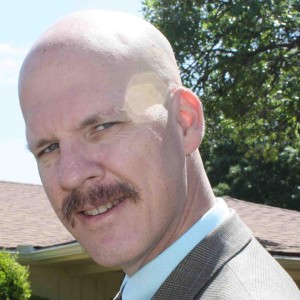 An old hymn declares that a significant glory illumines the path of the believer who walks with the Lord, in the light of His Word. The first verse of the longest chapter-type division in the Bible makes the same assessment. I speak of it as a chapter-type division because psalms are not actually chapters, they are songs. Please pardon my digression.

The first verse of Psalm 119 (which at 176 verses is the longest sub-book division in the Bible) declares,

Blessed are they
whose ways are blameless,
who walk according to
the law of the LORD (NIV).

If this sentence had been written originally in English, it would probably have been in a different order—something like, “Those whose life is blameless because they live according to the Bible will be blessed.” Hebrew and other ancient languages, however, emphasize a thought by placing it at the beginning of the sentence. In this verse the pronouncement of blessedness is the reward of the conduct mentioned later, yet its location at the beginning of the verse demonstrates the significance the writer intended to convey by this word.

The word blessed is not without significance within this context. The Old Testament has two words that describe a blessing. One word always refers to a blessing bestowed byGod, and is the word used in a context where one is giving a blessing to God. The other word describes a blessedness that one may achieve on his own. The latter word is used in this verse. The significance of this word suggests that the verse is not describing a blessedness that comes to all believers as part of their relationship to God. Instead, this blessedness is for those whose consistent walk within the context of God’s Word leads them to maturity.

The required condition for blessedness is blamelessness. The English equivalent of the word translated as ways is the name Derek. The Hebrew word is from a verb meaning to tread or trample. The noun form of the word thus indicates a path worn by constant walking. Within this context it depicts the habits that form a consistent manner of life.

The Hebrew word translated as blameless fundamentally indicates the idea of completeness. It is used to describe a whole day (Joshua 10:13) or a whole vine (Ezekiel 15:5). Closely related to the idea of completeness, the word also depicts an object that is healthy, or free from defect, such as the sacrifices that were to be offered (Leviticus 22:21-22). Those whose ways are blameless maintain a consistent pattern of life able to overcome the defiling environments in which they may find themselves. In order to retain such consistency, one must draw from the proper resource.

The resource provided for consistently successful and mature living is the law of the Lord. Other passages of Scripture also emphasize the connection between one’s relationship to the Bible and the success they experience in their lives (cf. Psalm 1; Joshua 1:8). The Hebrew word torah lies behind the English law. In the Old Testament torahis also translated as teaching, instruction, or decisions. God is seen as the primary teacher, such as in his works to teach Moses what to do and say (Exodus 4:15). The Old Testament depicts God as the one who teaches erring people the right way (Psalm 25:8) and the one who teaches those who respect God (Psalm 25:12). The instruction of God’s law shows his interest in the lives of his people. The New Testament insists that “all Scripture is God-breathed and is useful for teaching, rebuking, correcting and training in righteousness” (2 Timothy 3:16). One of the best explanations for this verse is that teaching describes what is right, rebuking shows what is wrong, correctingdemonstrates how to get right, and instruction explains how to stay right. Those are all worthwhile aspects of the  mature person’s route through scripture.

The verse suggests that the proper route through Scripture is understood as a walk. Walking pictures a consistent path in which one’s life is regularly influenced by the Word of God. Walking is suggested in place of running or stopping. The spiritual life is not a sprint that requires extreme effort for a few seconds. It is a marathon or perhaps a decathlon, replete with hills to climb, valleys to traverse, and obstacles to avoid. Every obstacle of life gives rise to a new set of challenges. The one who obtains consistent victories over the obstacles in life will be one whose developing maturity draws from a consistent relationship to God’s Word.

Made with ❤ by Elementor​​